Our in home trainer brought us a little three ring binder with PECs. She didn’t want to overwhelm the monkey so she only included six pictures. On the front of the binder, there is a long velcro sticker. He has to open the binder, get the PEC that he wants and put it on the front of the binder, on the velcro. We’ve tried this many other times in the past and it hasn’t worked. But we are always willing to try it again.

And this time it has worked.

Right now we are only focusing on one PEC, the shower picture. And he uses it. When he wants to shower, he will bring over the binder, get the shower PEC, place it on the front of the binder, on the velcro, and give it to us.

He is a little bit more successful at school with the PECs. At home he hasn’t been that much. I’m thinking it’s because he thinks it’s work. And he doesn’t want to work at home. But we found something that he likes, and he realized he has to communicate to get it.

We are so proud of him. Maybe he wasn’t ready before, but he seems to be ready now.

We will give it a little bit more time before we move on to another PEC.

It’s my job to try and pick up on your nonverbal cues my son. We will get there. ❤️ 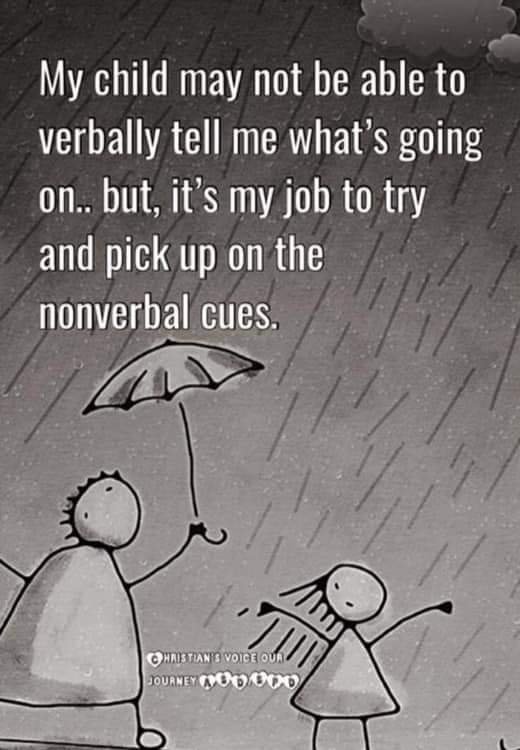