We are getting ready for this Friday’s hospital visit. This past Monday, we had a doctor’s appointment with my son’s pediatrician. He needed to fill out an evaluation form, basically saying the monkey is fit to be sedated.

When the doctor arrived, my son started getting anxious. He knew what to expect and it was getting difficult for him. His pediatrician was talking to him trying to calm him down. When he finally pulled out his stethoscope, the monkey started crying. The doctor told him he needed to hear his heart and told him where he wanted the stethoscope placed. My son, while crying, would hold the end piece of the stethoscope and would place it on himself where the doctor was asking.

And he did this about five times, in five different places.

As you can see in the pic, this was very difficult for my son. His anxiety was thru the roof.

And yet he did it.

He was able to fight thru his anxiety and place the stethoscope in the various places the doctor was asking.

And I think this is so brave of him.

Then the doctor moved to checking his ears and mouth and that is when the monkey had had enough and tried to kick him. He only tried to kick him three times, which we think that’s a win. It used to be worse.

I feel many of us don’t understand just what kids like ours go thru. The sensory issues, the anxiety, are so strong for them, and yet they still face each day. And this is why I think the monkey is one of the bravest people I know. 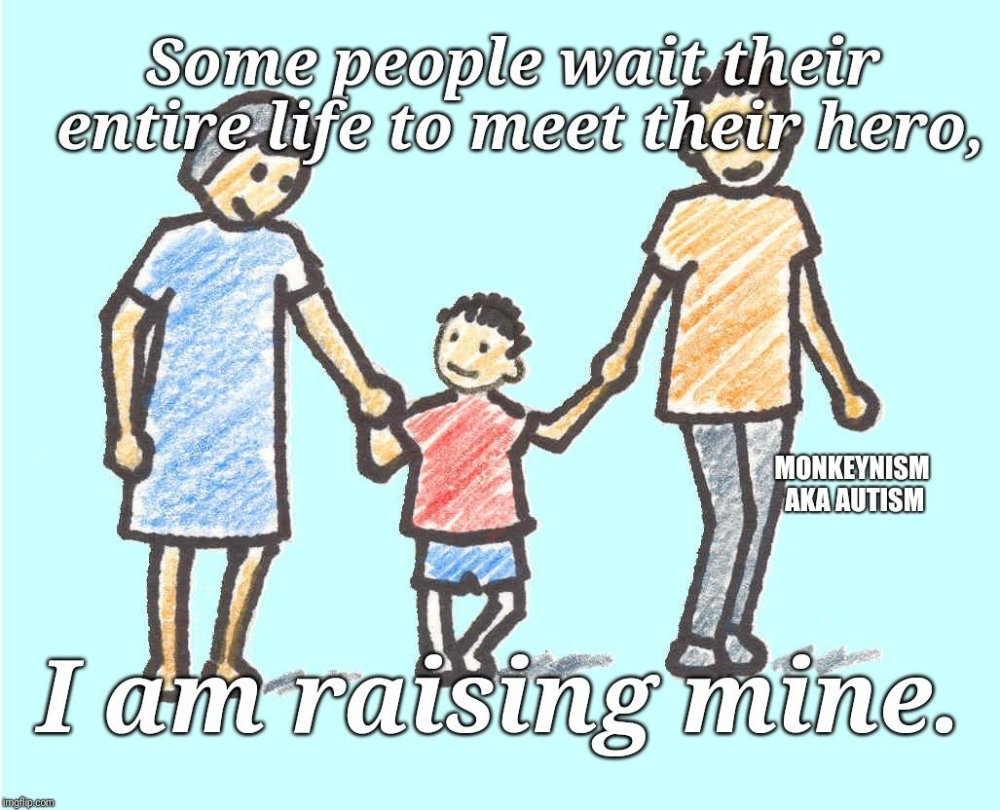 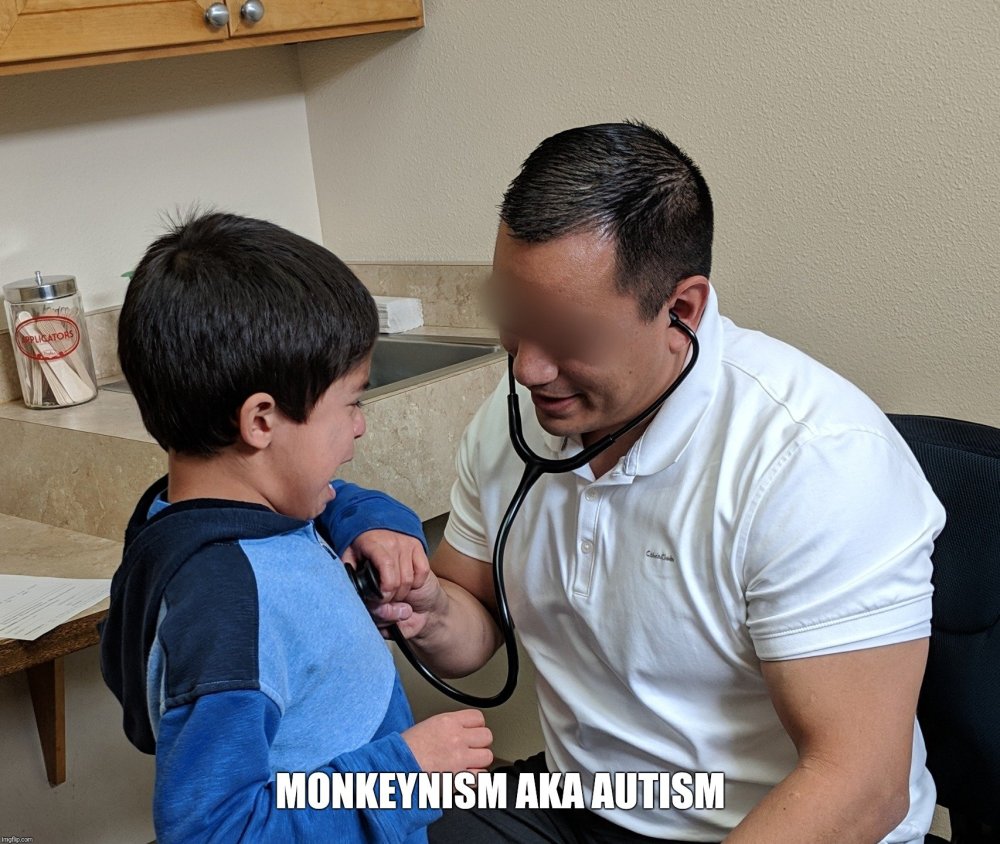