I was at the gym yesterday and saw a dad/son duo that was working out. I’ve seen them before at the gym and at the therapy place that my son attends. The son is an autistic young man who may be about 20 years old. The times that I’ve seen them at the gym I just stare from a distance. I see how loving and patient the father is towards the young man. You can tell that the son is non-verbal and at times he flaps or stims but not in an aggressive way. Dad’s eyes are like hawk on his son and you can tell that he is ready to defend his son with those piercing eyes. When I go to the gym I usually stick to myself, put my earphones on and disconnect from the world. I feel that interrupting their father/son work-out would not be appropriate, but I’ve been wanting to talk to them so bad. When I saw them at the gym again this past Sunday, I decided to introduce myself to the work-out duo.

I put my hands out to dad and said “Hello I’ve been wanting to meet you and your son for some time now”. The dad smiled and shook my hand. I preceded by telling him that I’ve noticed them at the gym and think they make a great work out team. Dad smiled and said that he and his son have been working out for some time now. I waved and said hello to the young man and he smiled back. I then told dad “I have a seven-year-old son who also has autism, and I hope I can be the father to him as you are to your son”. Those were really the words I’ve been wanting to share since the first time I saw him. I really don’t know other fathers of children with autism, so watching him be so attentive and caring to his son has been very rewarding for me. Dad smiled and said “Thank you. I appreciate that”, he followed by giving me a guy hug. At this time his son came to me and put his right hand behind my neck and placed his forehead in front of mine and then hugged me too.

I’ve been slowly letting go of some guilt I’ve been carrying these past couple of weeks. But then that hug lifted much needed weight from me. I was hugged by an angel. I don’t know why the young man wanted to do that. People with autism don’t tend to be that touchy, at least not my son. Either way he chose to do that and it meant the world to me. His dad stepped up, wanted to make sure that it was ok that his son did that to.

But then dad also saw me tear up a little and moved back. I think he knew that I needed a hug like this from his son. It sure made me feel better.

Sometimes the universe lines up for you and puts the right people at the right moment to remind you that everything is going to be ok. 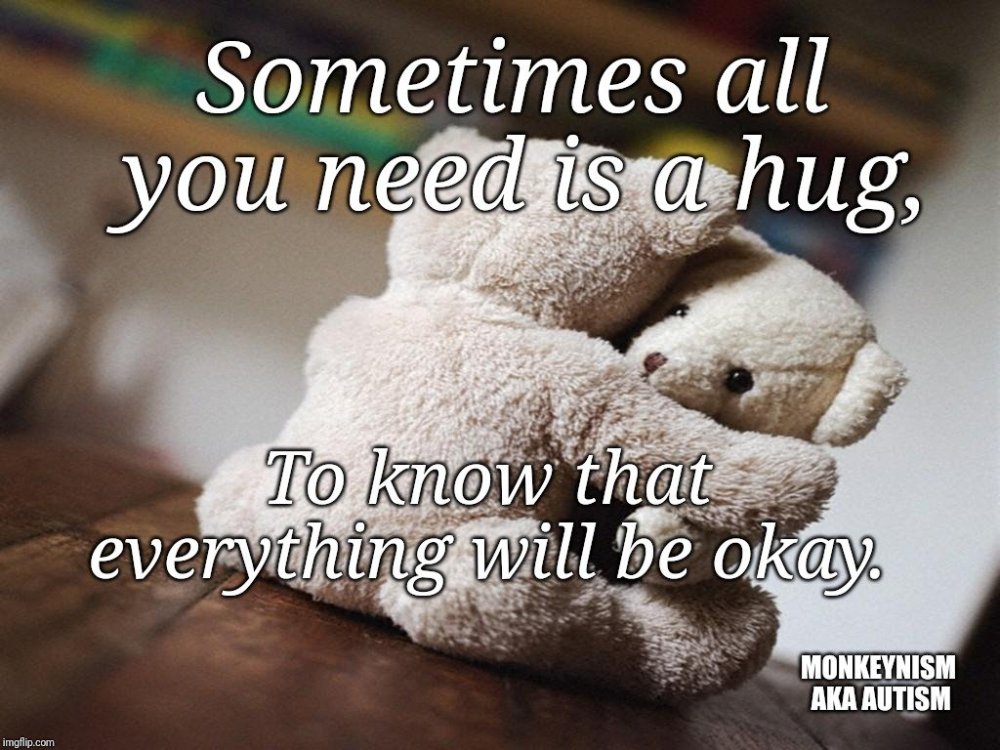