My husband says it’s feels as if I’m nesting, that urge to clean when one is pregnant. For the record I’m not. But I do feel this summer is different. As you recall last year, when my monkey’s kindergarten teacher did what he did, I was in a daze. I was functioning, but not living. I didn’t even realize I was doing that. I thought just facing the day was good enough. I’d focus on my job duties at work, pick up the monkey at therapy, worry about dinner, just focus on the everyday things. But that was it.

My husband says he could feel that I was just functioning to fulfill my obligations. And now he sees me happy. Eager to start the summer. He says he sees a new me.

He told me that this man robbed a year from me, from us. And now it feels as if we are healed, really moving forward.

And I’m so grateful.

Yes we’ve had some set backs with our monkey this year. But we also see huge leaps. He’s using his scoreboard at home to communicate. His speech therapist at school gave him passing grades to the point that he doesn’t need speech during summer school. This is the first year that he didn’t regress and thus doesn’t need speech during summer. He will still be going to private speech but not summer, because of his report cards, he didn’t qualify! We’ve never had a report like this! He actually met his goal that was set at the beginning of the school year.

It seems that the monkey is moving on from last year’s nightmare, and so am I.

This terrible experience taught me to be more vigilant with the adults that are assigned to assist my son, to pay more attention to what my son tells me (because although he doesn’t speak, he does communicate), and to be his voice, even when I’m struggling to speak.

We didn’t let this define us.

But we are stronger. ❤️ 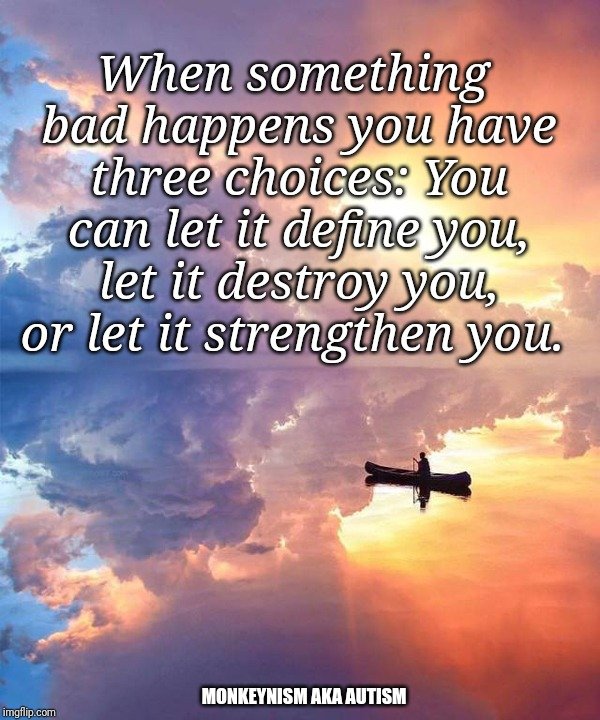