The ARD meeting was almost four hours long. We had to take a break after 2 hours. For the most part, it was a good meeting. The OT and Speech therapist were contributing to ideas in assisting my son. The district psychologist was working with us to create a BIP (Behavior Intervention Plan). The problem was that the actual teacher was not able to attend the meeting since she is a long term sub. Another special ed teacher attended in her place. I brought up the fact that we were going to make many great changes and there were great suggestions being discussed, but it made no sense that the teacher was not involved in any of this. The principal said she would go talk to the long term sub after the meeting and let her know our plans. Which again (I know I sound like a broken record) makes no sense.

When I brought up the fact that we need a certified special ed teacher, I was told this is not the place for that since those are personnel issues. I want to stress that the long term sub seems very sweet. They threw her into a situation that is very difficult. She has been trying and figuring out ways to assist my son. However, I feel a more specialized teacher would be more equipped.

For example, one of the things that they started doing is when my son doesn’t want to transition (from some reason, he has meltdowns every time they go to PE), they have decided to take him to the sensory room. He loves the sensory room. They have bean bags, and swings, and everything that he enjoys. I told them this is a mistake. Instead of dealing with my son’s issue, letting him go to the sensory room is telling him that he gets rewarded for not going to PE. Lately, all he does is throw himself on the floor. He doesn’t even have meltdowns. He just lays on the floor, waits until they mention sensory room, and he skips towards his bean bag. I know my son is nonverbal, that doesn’t mean he is not smart. He knows how to take advantage of situations and in this case, he is doing pretty good job.

Another issue is the meltdown itself. At home, we are able to stop it before it gets out of hand. We are able to re-direct him and meltdowns last a couple of minutes. In class, they last over an hour. Last week, it got so bad that they had to take the other kids out of the classroom. And here is where my concern is. My son is experiencing a lot of anxiety. Every morning, as soon as I mention school, his stress level doubles, even though he takes anti-anxiety meds. He starts walking in circles, he starts mumbling, and he has panic attacks. And we try to calm him down, try to help him understand that he is safe. This is a big task for any teacher to take on. And being that this long term sub has no training or experience, it makes the situation worse.

The one thing that really hurts me is the fact that he is starting to try to escape from school. I feel this is his way of letting us know that he doesn’t feel safe. And this just breaks my heart to pieces. The changes that have been implemented are that the classroom has radios and they will alert the front desk in case he does manage to escape. They have given radios to the classrooms next doors as well so they can assist. And they have added door alarms to notify both the teachers and the office if someone opens the door. They also have a code to alert the entire school’s staff that a student has left. The strategy that has been put in place is to notify the police department and us in the event he is successful in his escape. I know these are tough issues but at least they are being addressed and the safety of my son is a priority.

Another thing that was brought up was the change of the classroom itself. This change will take place this weekend. Hopefully, my son will feel it is a different environment and his anxiety will lesson. (I thank our readers for this great idea!)

But today I received good news. After sending numerous emails and making many phone calls, I was told that they will start the interview process for a special ed teacher. And for that. I’m grateful. At least we have the ball rolling.

I have many more battles to go. Friday I have a meeting with the main office in regards to one of the three complaints I have filed. I know we have a ways to go but we are getting there. We will find peace and move on from this nightmare.

I see the light. I have hope. 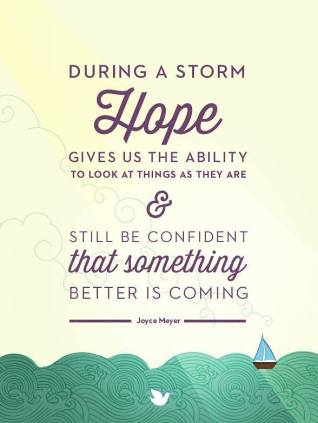