My mom had been mentioning that the monkey really likes his speech therapist. Ms. Sarah joined our team about a year ago and the monkey has been doing pretty good with her. But on Monday I was able to take him to therapy and see first hand what my mom was referring to.

The monkey was waiting anxiously but patiently in the waiting area. Every now and then he’d look up to see if she was coming and he’d get so excited, he’d start flapping his hands with so much joy.

When she opened the door to let us know it was time to go in, he started jumping up and down with so much excitement he couldn’t stop. He ran inside screaming in delight. We’re able to see the session thru a one sided mirror. He didn’t stop smiling the entire time he was with her. The amount of eye contact he would make was simply amazing.

But my little miracle, was when she started singing the wheels on the bus. And when the song says, The kids on the bus go up and down, up and down, etc. my monkey did something he’s never done before.

He stood up on queue and would sit down on queue! ❤️❤️ I was unable to speak as I’d see him stand up and down down. I don’t know how to fully explain the significance of what this means. First, he connected with someone. Also, he understood the song. He knew what was expected of him. And he did it within the time frame that the song specifies. I simply cannot explain how proud and honored I am to be his mama.

During the rest of the session, he wouldn’t stop staring and smiling at Ms. Sarah. When it was over, the monkey didn’t want to leave her. He was trying so hard to take her home with us. My husband had to pry him away.

My mom says the monkey has a small crush on Ms. Sarah. And this is my other miracle. After everything he’s been thru, he is brave enough to let someone else in his circle of trust, to let someone else be his teacher, which means he’s moving on. He’s showing me he’s able to offer his trust to others. 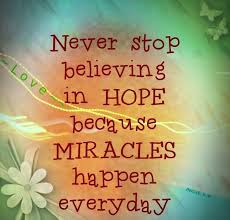