The monkey had a dentist appointment this past Friday. Our appointment was at 6:30 am. My husband scheduled it that early thinking we would be in and out. Hopefully there would not be too many people there yet and it won’t be as tough for the monkey.

When we arrived the monkey knew something was up. We tried to explain to him but his anxiety peaked right away. He started moaning and walking in circles in the waiting area. As we were called in, it got worse. He didn’t let himself get checked. The usual blood pressure checks have never been used on him. But the temperature and weigh in are not as bad. But this time we struggled with both that at in end, we did a quick weigh in with estimated numbers.

Then came the x-rays. As my husband was trying to hold him down, he moved so much that there was no way of obtaining any kind of picture. The monkey’s anxiety was thru the roof by then and we were struggling to hold him down. I finally told the dental assistant that it wasn’t going to happen and we needed to move on. She agreed.

They agreed to let us stay and within minutes the dentist came. She was very professional. She didn’t seem concerned or worried at the chaos my son was creating. She gave us instructions. My husband was to hold my son on his lap, with the monkey facing him. Then we would force my son to lay back. I’d hold the feet from the back of my husband, the assistant would hold his shoulders and the dentist would hold his head.

It’s a really terrifying scene. I noticed how the other assistance were trying not to stare but how could you not? It looks like we are hurting this little boy. It’s tough on everyone.

The dentist used a metal tool to force my son’s mouth to stay open while she checked him. He was moving so much that he threw all the tools that were next to the assistance. With all of us holding different parts of his body, he was still able to move so much that we all struggled to keep him still.

The dentist checked his teeth and cleaned them with their electronic brush. She used the suction machine on him. The noise that it was making was putting my son in sheer terror. But no other dentist has been able to do this. We were happily surprised that he was getting this much treatment.

After she was done she moved on to flossing. I’m in the back desperately holding my son’s legs and I’m thinking, “You still want to floss?????” If I was her I’d stop a long time ago.

But she was so patient. Kept telling my son she was almost done. She was oblivious to the chaos around us. She was simply focusing on him and her calmness was astounding. In the end she also put floride on his teeth.

After she was done, my husband took my son to the car while I spoke with the dentist. My husband said the monkey wasn’t mad, which we thought he’d be. When these situations happen, he’s bound to hit us and bite us and basically defend himself. But this time he was emotional. He just wanted to be hugged while he cried and cried.

The dentist said that because we couldn’t do x-rays nor a thorough check up, she recommend we schedule a hospital visit to have him sedated. This way she can check him, do a better cleaning, and fix any cavities if he has any.

We did this a few years back. He had three cavities and we had him sedated in the hospital to fix them. We took advantage of this visit by asking his other physicians if they wanted other tests done. His neurologist wanted an MRI and his pediatrician wanted some blood work done.

So this past Friday afternoon I reached out to my son’s medical team and see if they’d like to take advantage of this hospital visit. His pediatrician said he’d been wanting to have another MRI done since my son is very active and we have expressed how his pain tolerance is very high. We never know if something is wrong with him, since he can’t tell us. And there are days that he will hit himself on the head and it sounds terrible, he simply walks away without any sign of stress.

I’ve read so many issues with people who are nonverbal. It’s difficult for anyone to know if they are not feeling well, so many diagnosis go unnoticed. Issues such as high blood pressure or diabetes are under diagnosed.

But I’m also grateful. Grateful at the opportunity to help my son. I want to be ahead of the game and hopefully catch anything that my son may have.

This is a catch 22. But I’m opting for the path that is best for my son. I understand the risks of sedation but I feel the risk of not getting a thorough checkup where we may be missing something is worse.

At least I’m hoping this decision is for the better.

We are trying my monkey. We’re trying. 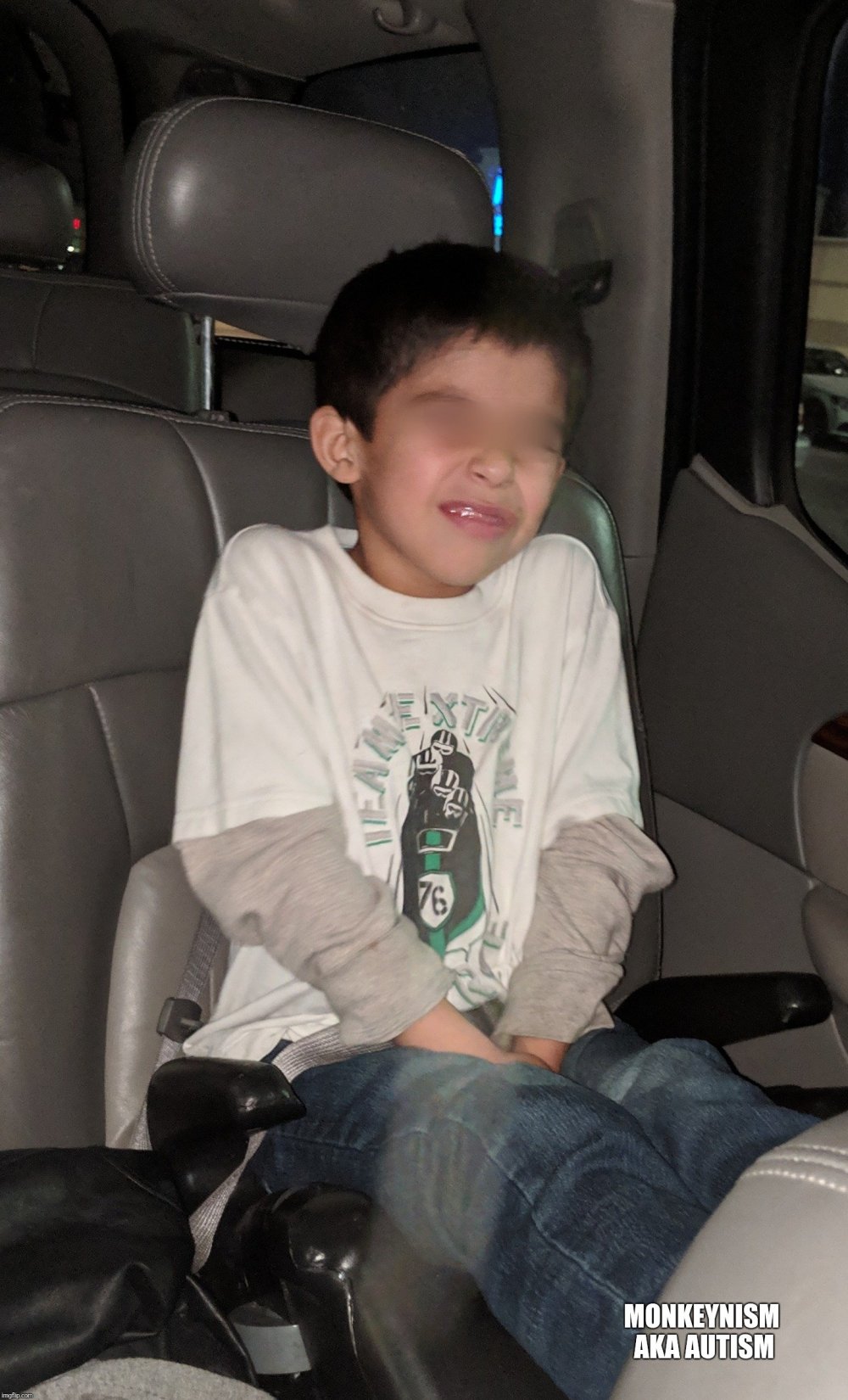